What Is My Brother to Me?

What was it really like?  Sometimes a story in the Bible comes alive to me and I have to write about it.  Here is one such story: Cain’s murder of Abel.

Cain stopped when he saw the fire burning by Abel; he knew what it meant. They were alone in a grassy field at the top of a yet unnamed mountain.

“So you’ve done it.” Cain snarled.

Abel’s face turned dark, then he coughed “Yeah, it seemed like the right thing to do. Just a feeling, I guess.”

Cain stared unblinkingly at his smaller brother. “You should have waited. It’s not like someone told you to do it.”

“You’re right,” Abel said softly. “I don’t know. It felt like I had to do it by myself.” He looked down.

“Look, I am the older brother.” He said waving his hairy arms. You should have listened to me. We were gonna do it together. And now this.” He shook his fist. “Get away from me.”

“I understand” Abel answered with a nod. “Shall I camp over there?” he asked while gesturing toward a nearby foothill.

Cain didn’t respond. The air was deadly silent. He noticed the beads of sweat dripped down Abel’s cheeks.

After a few moments, he pointed at the smoky mess and said “No, just take what’s left off the stones, the fire’s out anyway.”

Abel picked up a nearby stick and moved closer to the smoldering fire. Cain circled behind his brother, a sharp stone in his right fist. Suddenly he lunged at Abel burying the jagged edge of the stone deep in his brother’s skull. “I hate you” he murmured. Abel fell to the ground and didn’t move.

Cain looked at the stock-still body. He had to hide it from dad and mom. He dragged the limp body to the nearby bush throwing it head first down into it. All he wanted now was to get away.

There was a rumbling sound from the sunny blue sky as he sprinted down the hill.

Where Did They Go?

I was recently thinking about all the days that have slipped from the future through the present and are now in “the past.” On my birthday this past June my day count was 26,280. Where did all those experiences and events go? I once heard that there is an economy in all of creation. When something dies it goes into the earth but comes back in another life form. If that is true, do past days come back in a new way, a way we never noticed. Is there really nothing new under the sun as King Solomon once wrote: “What has been is what will be, and what has been done is what will be done, and there is nothing new under the sun.”  Ecclesiastes 1:9 (ESV)

This got me wondering about other things, things I cannot understand. For example, musicians in a band or orchestra. How is it that some have such talent, they don’t even need music notes in front of them. They can just play by ear. And others seem to have a deep music memory which allows them to sing and play a guitar, piano or drum at the same time. Where does this talent come from and where does it go when they die? Does it come back in someone else, but in a different form (eg. jazz genre instead of classic)? I sometimes hear that a certain song reminds someone of something they heard when they were a youngster. Sometimes I find myself reliving an experience when I hear a certain song.

As I continue along my 7th decade on earth, it often feels that things and people are going away from me. There is a kind of grief that goes with such feelings. My Christian faith, however, tells me that they are not gone forever, there are words in the New Testament which says that what seems to be the final end, death, will actually lead to the resurrection of believers when all our questions and wonderings will be answered. I am sure of this because of what the Apostle Paul wrote in his first letter to the Corinthian Church: “When I was a child, I spoke like a child, I thought like a child, I reasoned like a child. When I became a man, I gave up childish ways. For now we see in a mirror dimly, but then face to face. Now I know in part; then I shall know fully, even as I have been fully known.” (1 Corinthians, Chapter 13, verses 11 and 12 English Standard Version)

Over this past weekend, my wife and I opened our house to a college buddy and his wife whom I have known for over fifty years. They flew into town for the celebration of another couple we know who were marking fifty years of marriage.

Reunions can be happy and a bit sad as well. It is a big feeling inside to witness two individuals who have stayed together, whose bodies have gotten older but their love has not. The looks they give each other show their respect, empathy, humility, acceptance and boundless love.  Despite the savagery of Diabetes and all its’ related issues, they have not given up on life or each other. Love is a powerful medicine for the body as well as the soul.

Before and after the celebration my wife and I spent time with our house guests.  We visited the local zoo, drove around old neighborhoods, recalled the way things used to be. In this special time, we dusted off the memories and felt connected again to our town and to each other. Even though we had different opinions on “important” things back then, none of that mattered anymore. The friendship now was what counted, even more than the aches and pains which of course we all have.

The biggest surprise was how I felt during this time. I might have felt a bit nervous having house guests (worrying about whether they were comfortable and what this does to my routine).  This time I did not feel any of that. Having them here, talking for hours at the dining room table, putting on shoes and jackets in the same dark entry space, trying to talk rationally at 4:30 in the morning as I drove them to their flight this morning, were pure delights. My joy is like a flooding river because this past weekend I was with with my friends of over half a century.

I was browsing through some old Beatles music on the internet and came upon the song “Michelle.” As I listened, I was back in the 1960’s with “Beatlemania.” The term described the hysteria over John, Paul, George and Ringo, “the Fab Four.” They lived in a bubble floating high above the world and every fan watched them float over England, Germany, Europe and North America.  They seemed to be the answer, but who knew what the question was. They were a movement.  Within a very short period of time, they had knocked folk music off the pedestal and were themselves up there along with the rest of the “British Invasion.”

In that sweet, but crazy period of Beatlemania, the Song “Michelle” was released and it sounded like something from the streets of Paris, describing a young man’s struggle to communicate with the woman he loved.  It did not sound like rock and roll,  but then the Beatles were always exploring new venues and genres.  The words “Michelle, ma belle” translate as “Michelle, my beautiful.”  The young man had found the most poignant words to express his feelings.  It probably spoke to a number of young people who didn’t have the words to confess their true feelings. It spoke to me.

Hearing the song the other day carried me back to those first emotions I felt: emptiness  because the woman I thought I loved was not interested in me, reassurance that love can be a beautiful thing, desire to continue looking for the “right one” who had be out there.

What a powerful force music is: allowing us to go “back there” for at least a little while.  For a time we can connect at least emotionally with part of our past.

A Glimpse Into (Eternal) Life

While doing the things of my life (routine and worthwhile tasks) I started thinking about Eternity in Heaven.  Eternity had no beginning and will have no end.  All of time is but a tiny nugget occurring within eternity.

I would like to talk to St. Paul and tell him how much his honesty in the letter he wrote to the Christians at Rome helped me see I could be a part of the Gospel blessing too.  He didn’t have his act together and neither did (or do) I. Also, it would be interesting to ask him how he was able to have so much passion for spreading the Gospel.  Then I would like to take some time, maybe a month (how would I know) to talk to St. Peter and tell him how helpful his letters were to my friends and me in the Tuesday night Bible study right now.

I won’t ever have to take a nap in the afternoon or sleep 8 hours after being up 16.

In a way I am starting to unplug from all the hoopla and hysteria of life right now.  I am Eternity Dreaming in Heaven.  This month I will be another year older, but so what.  The transfer to eternal life will come sooner.

And I will see God and…

A Simple Idea Multiplied in My Mind

By Waiting on the Lord I am: 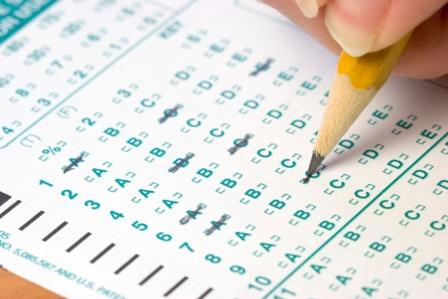 Do you remember dreading tests in school?  I was never fond of the cramming method and was always looking for the best way to take a test.   One fellow I met suggested having a drink beforehand because it helped him relax.   I don’t remember trying that, but the idea of going into a test in a relaxed state made sense.  My goal was always to stay on top of the material so I didn’t have to cram or stress when test day arrived.  I don’t think that ever happened.  And then there was immense feeling (sometimes) of relief after the test was finished.  If I thought I had done well, I was relieved.  If I didn’t know the answers or had to bluff my way through, I felt a bit lost and a whole lot of regret.

According to the dictionary a test is “a short written or…